Losing Part of Yourself 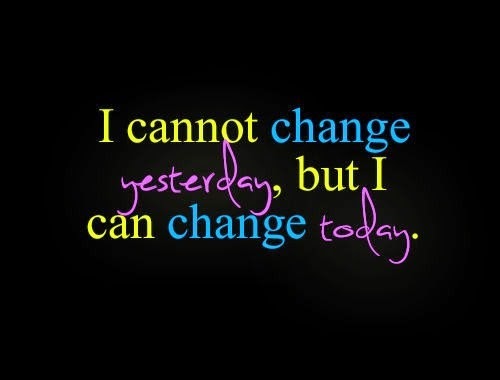 In Amy Poehler's brilliant book, "Yes, Please," she has an entire chapter devoted to how there are no shortcuts to success. She talks about how you need to learn how to want it less. How if you want it so much that it takes over your life, you probably won't get it.

It's funny as how I read that, I was feeling that I did want it less. A year ago, I was fresh-eyed. Feeling "ready". Now with the gift of hindsight, I realize I wasn't. I think I needed that rejection to adjust my expectations. To toughen me up for a business that is pretty damn hard, regardless of where you are.

Last spring, in the midst of being buried under rejection mountain, I had a bit of a wake-up call visit with my doctor. I suffer from PCOS. My symptoms were going a bit out of whack. At the appointment, my doctor told me I really needed to lose more weight. Cut back sugar, all that song and dance.

Don't get me wrong, before this it's not like I was eating McDonald's every day. I didn't eat a ton of crap. But I didn't totally abstain. So, I cut back sugar. I started working out more. In October, I started doing yoga more often. In December, I tried a 30 Day Ab Challenge, and felt like I was going to die by the end of it. I could look in the mirror and really see how my body was changing.

On December 30th, I hit the weight loss goal I've been dancing around for two years. This goal was not losing something drastic like fifty pounds. It was getting under a certain number that was only about 12 pounds from where I wanted to be. I'd been stalled out at the same weight for two years. I was doing enough workouts and eating well enough to maintain that weight, and not gain. So basically, my hard work was not being rewarded. Kind of like when you write a book and no one is interested in representing you. It's a tough pill to swallow. I knew I had to do something different. You're not guaranteed success just by putting the work in. In my case, PCOS makes my weight loss journey more difficult than it would be for a woman who doesn't have it. It is what it is. I can complain about how unfair that is, or I can just shut up and get on with it.

So, when I hit this weight loss milestone, I took a picture of the number on the scale and started crying. I didn't really need the scale to tell me that I'd lost weight. Other people were telling me, like my husband's co-workers I don't see often. "Wow, you look thinner," are such great words to hear. My PCOS symptoms have improved, as well.

I still eat out. I still have sugar. But now I just can't have too much or I feel sick. Part of that is just getting older. Part of it is just not eating super rich, processed foods. Your body will let you know how unhappy it is when you indulge.

Achieving this major goal at the end of a year that was frankly, one of the toughest of my life, was a shot in the arm. I think it's important to have goals that have nothing to do with your writing. I have no control over how my writing career will go. But I can keep eating healthy and carry on with my weight loss goals. I know I'll have such a break with my own writing. I just try to focus on the creativity, and not the career.